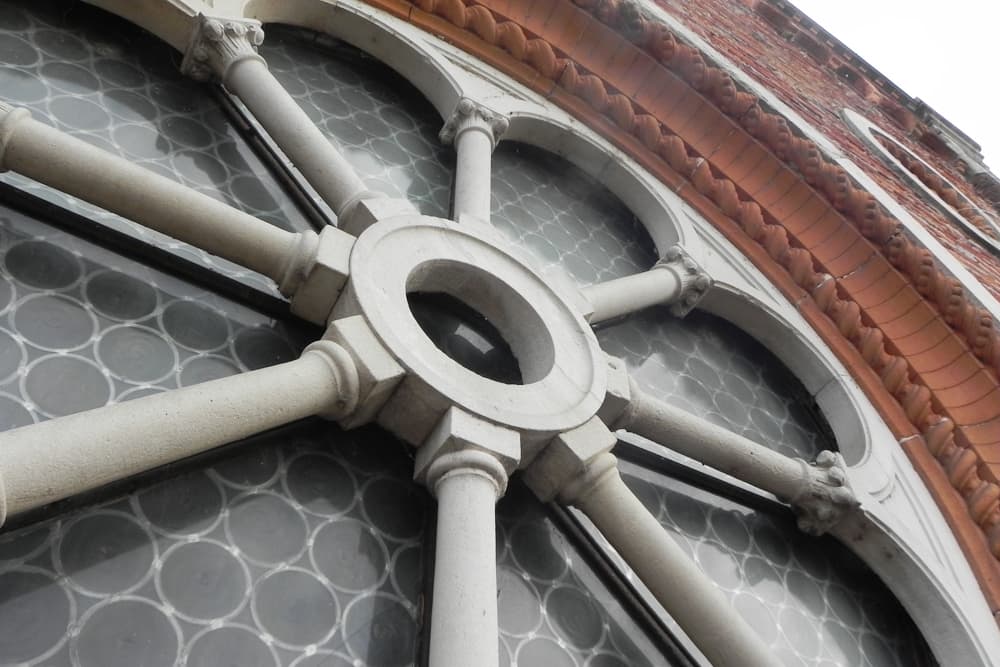 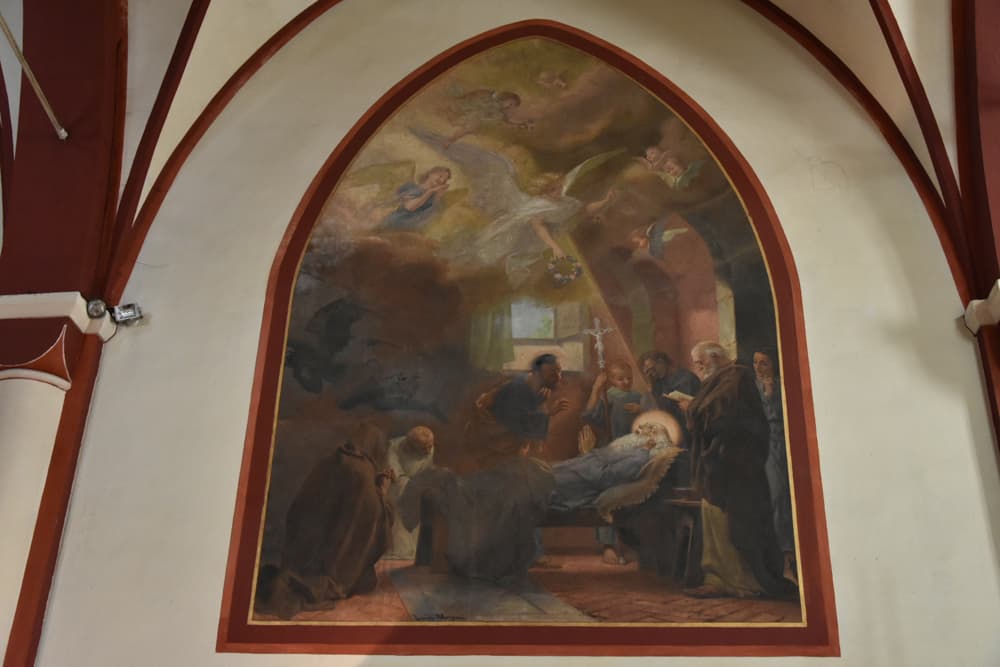 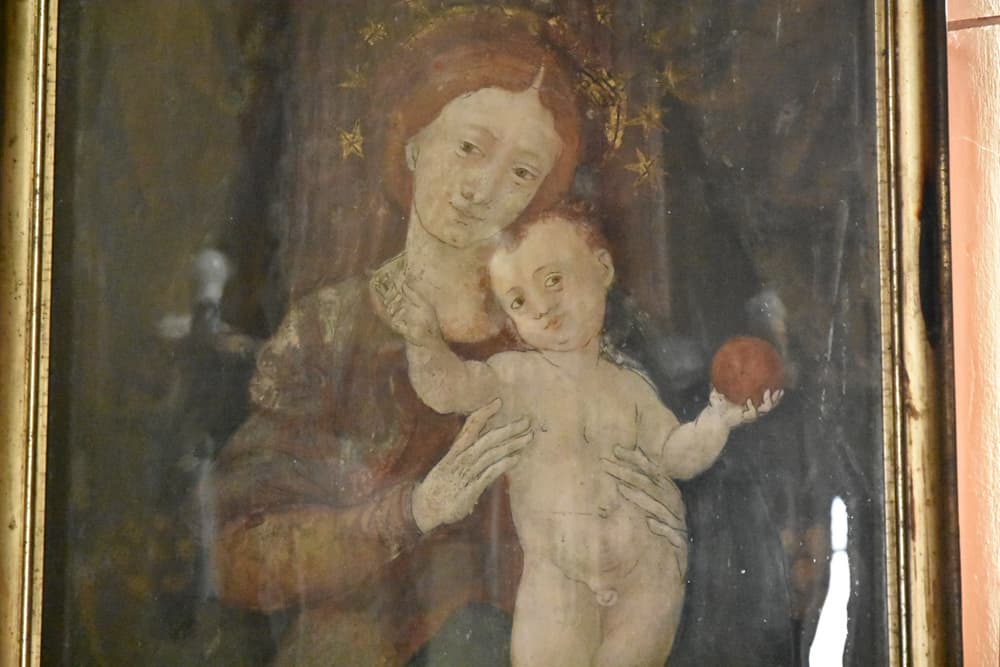 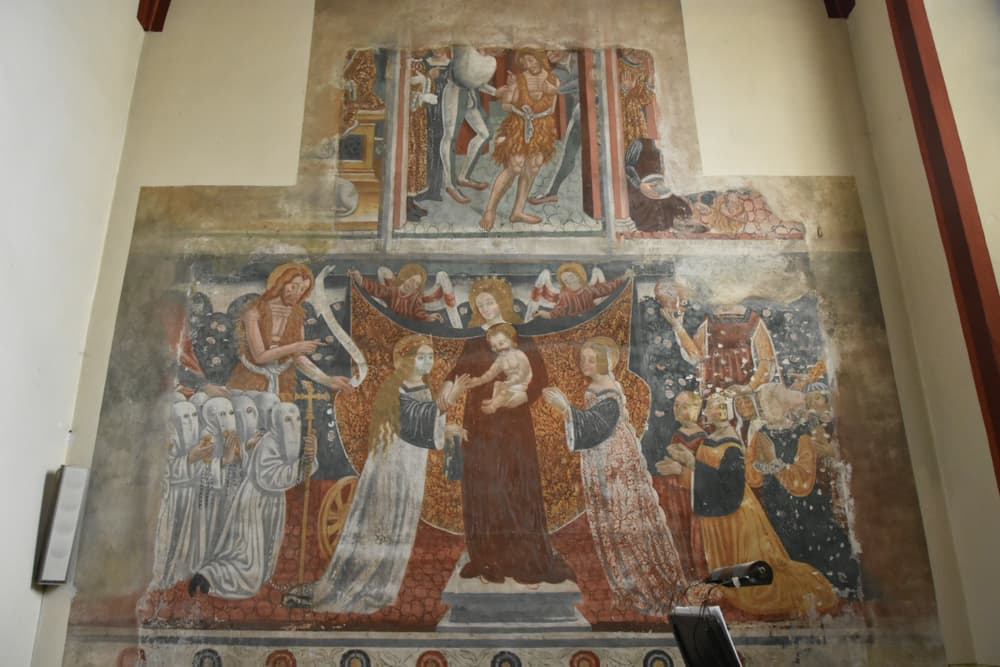 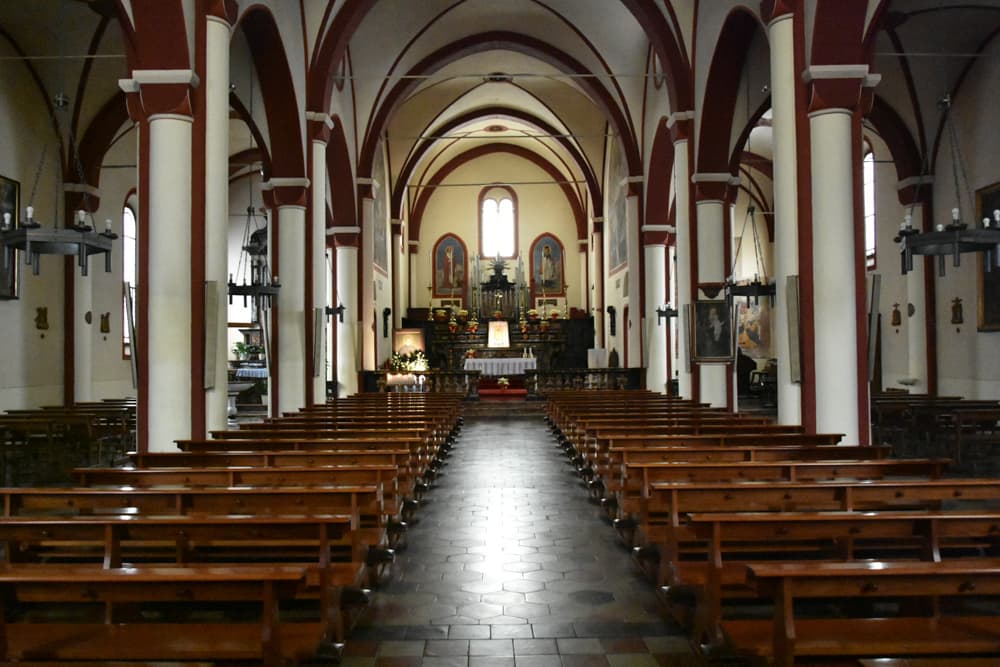 The church was named after the bishop of Tours at least in the year 1006; there is no certainty if it was already in this or other location, perhaps more in the center of the ancient village. The current one, outside the original walls, is, in its complete extension, at least of Romanesque origin, as evidenced by the decorations with hanging arches and notches, crowning the central nave outer perimeter walls and the lateral ones. After ordinary expansions, during the XVI-XVII centuries, which may have affected the construction or reconstruction of the bell tower and the sacristy, certainly the choir and the chapel dedicated to the Borromeo family, originally dedicated to Santa Caterina, and the baroque reforms, of which the imposing major altar remains (1760), the altar of the “Madonna del Rosario” and the balustrades, all in polychrome marble, has suffered of heavy alterations in the years 1882/1885, renewed thanks to a project by the architect Giuseppe Locarni (1826-1902), from Vercelli, which mainly affected the façade and the interiors.
Locarni involved the painter Carlo Costa (1826-1897), from Vercelli, an active collaborator in many of his other yards, which, inside, painted motifs in style, strip walls and vaults with a starry sky and on the plastered facade, as used at the time, reproduced a fake wall facing; these pictorial decorations, rather deteriorated, were in one case covered and in the other case removed, in accordance with the superintendence, during the most recent restorations in the early 1980s of the 20th century.
The interior has three naves, with cross vaults. At the bottom of the right aisle, the current one cantoris, formerly the chapel of “St. Catherine” and then of S. Giovanni Battista, the remains of a fresco are preserved fifteenth century with clear elements attributable to the school of Tommaso Cagnola from Novara, to whom depicts the “mystical marriage of Saint Catherine of Alexandria” with the martyr on the left, easily recognizable by the attribute of the wheel, the Virgin in the center, with the open mantle and supported by two angels, while, on both sides, women can be seen offering hooded men with open backs and flagella; otherwise the frescoed wall is divided into panels, incomplete, reproducing scenes from the life of St. John the Baptist. In the left aisle stands out a painting on panel, restored in 2018, attributed to Giuseppe Giovenone the Younger or to his school, depicting a Sacred Conversation, with the SS. Virgo and the child in the center, S. Giuseppe, a Saint Bishop, St. Francis, St. Catherine and musician angels; in the background, in the center of a hilly landscape, the reproduction of an unidentified urban square stands out.
In the right aisle there is a canvas (1853) attributed to Vittorio Fagnani, depicting S. Rocco. The fresco, delicate though much altered, of a Madonna with Child, on one of the columns that separate the central nave from the right side, also visually testifies that the columns, before the nineteenth-century interventions, had to have a square plan and much of it of the church could have been originally frescoed; complete the interior and are worthy of note, the paintings by Luigi Morgari (1857-1935), all datable to 1906, represented in the presbytery, on the right wall the battle of the Risorgimento, on the left the death of St. Martin, while in the choir, to the two sides of the altar, S. Carlo Borromeo and S. Giovanni Nepomuceno. Of the art works it also seems to be worth remembering the eighteenth-century altar frontal in scagliola from the Casalese workshop, dedicated to the “Madonna del Rosario”, and the painting of the Sacred Heart (1950), by Luigi Guglielmino (1885-1962), both in the chapels of the same name.
The interior chandeliers, designed by the architect Gian Mario Pasquino and executed in wrought iron from Aldo Ferraris, dates back to 1976. During the restorations of the 80s, in addition to the mentioned reforms, new venetian roller windows were built and all the frescoes were restored, thanks to the artist Carmelo Rota Bachì, from Bergamo, who also painted a suggestive crucifixion on a wall in the sacristy back. The baptistery, currently used in front of the the chapel of S. Rosario, was created based on a design by the architect Paola Balocco.
On the outside, the salient façade has four pilasters crowned with capitals and pinnacles in stone and a decoration with terracotta arches, which recall the Lombard Romanesque style. The drawing of Locarni for the façade is based on the studies and writings of the architect Edoardo Arborio Mella (1808-1884), concerning precisely the Romanesque and Gothic Lombard architecture. The articulated apparatus decorative stone, including the outer and central frame of the rose window, the entire base, the capitals of the pilasters, the five pinnacles and the portal, was built in Pietra di Saltrio, a compact rock limestone of sedimentary origin, ash gray color. The quarries of this rock, now almost exhausted, are found in Val Ceresio, in the province of Varese; in addition to the window frames, with a twisted pattern in terracotta, the five circular polychrome ceramic tiles were placed cross, like in the Romanesque style. Just the portal and the lunette, further work by Morgari (1906), depicting St. Martin on horseback in the act of donating half of his cloak to a beggar, were restored in 2016.
The parish church of San Martino served as an infirmary for the wounded and as lodging for the soldiers, during the fighting of 30 and 31 May 1859; in the vast artistic and graphic production on the Battle of Palestro the church is always represented in Baroque style. The deplorable state in which was left, after this famous army battle, after about two decades, to the aforementioned interventions of restoration. 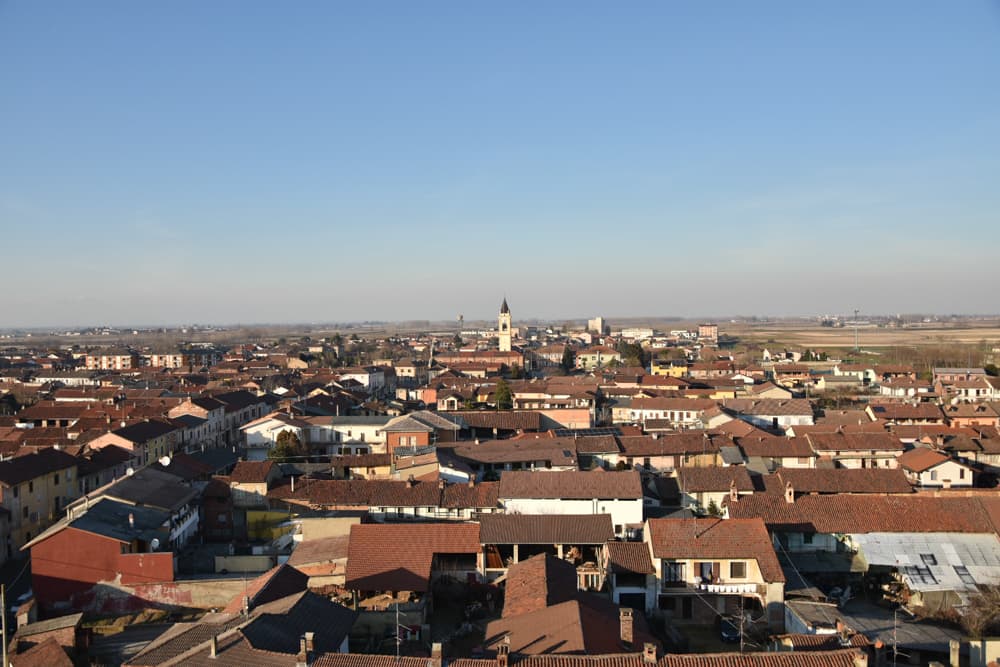