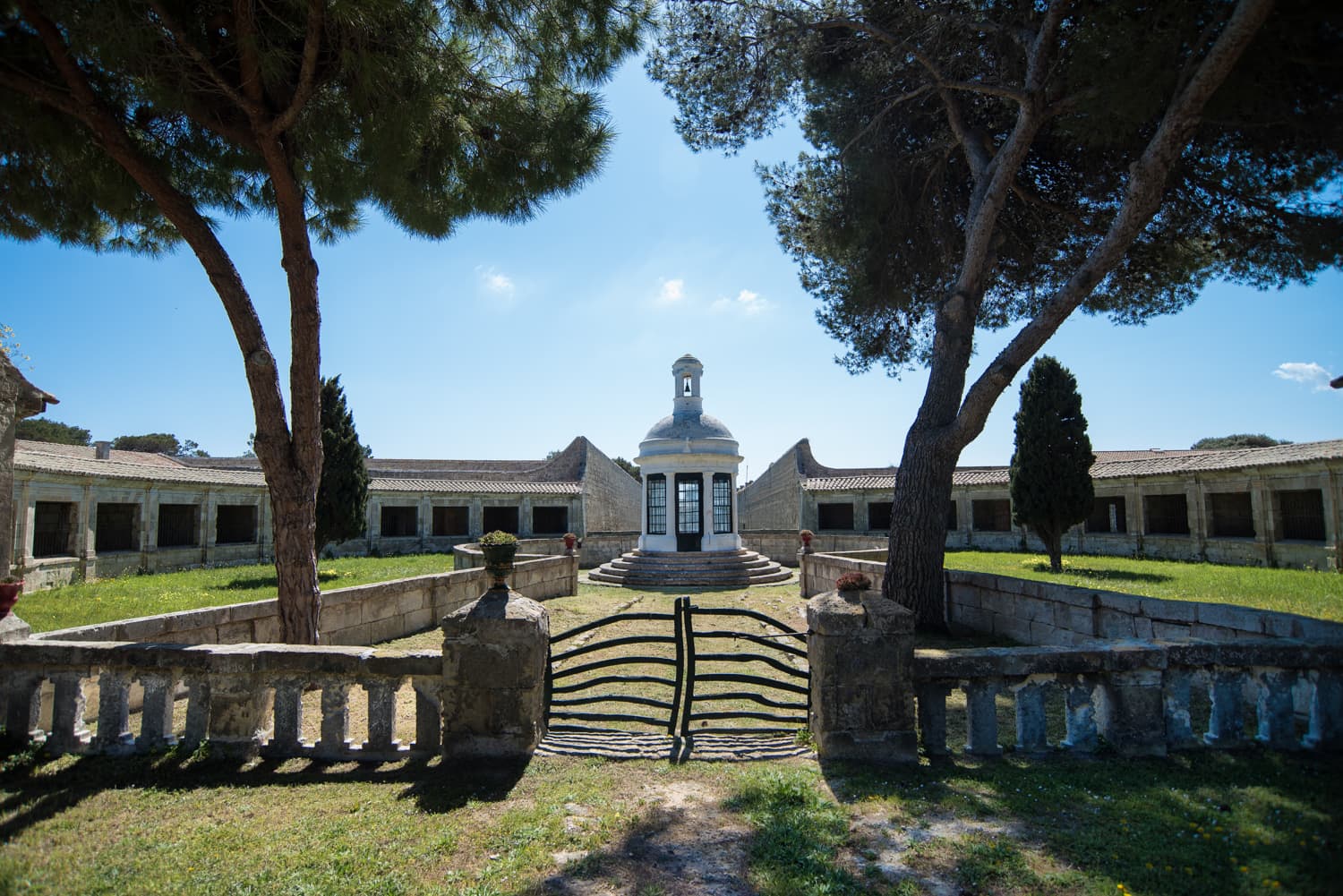 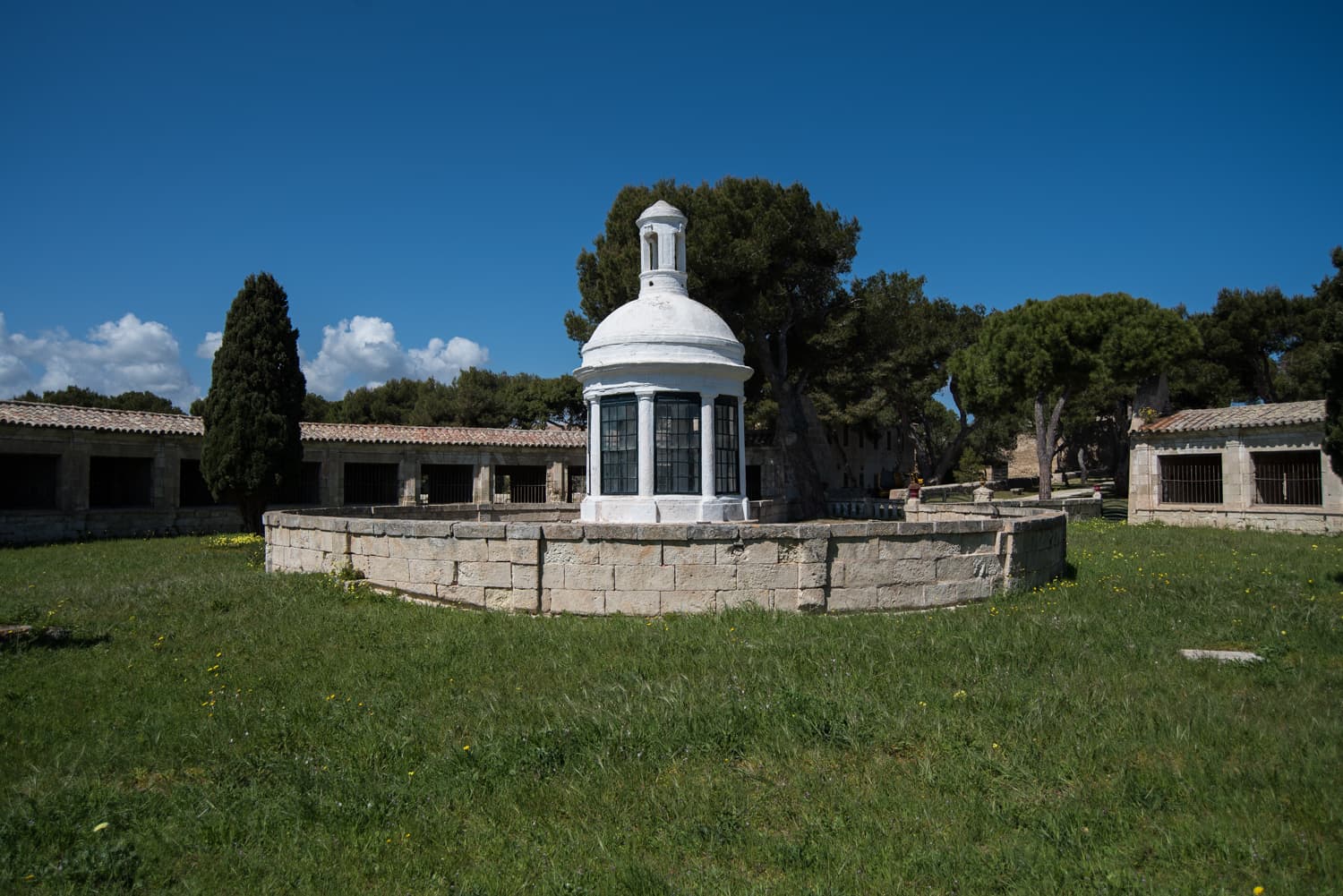 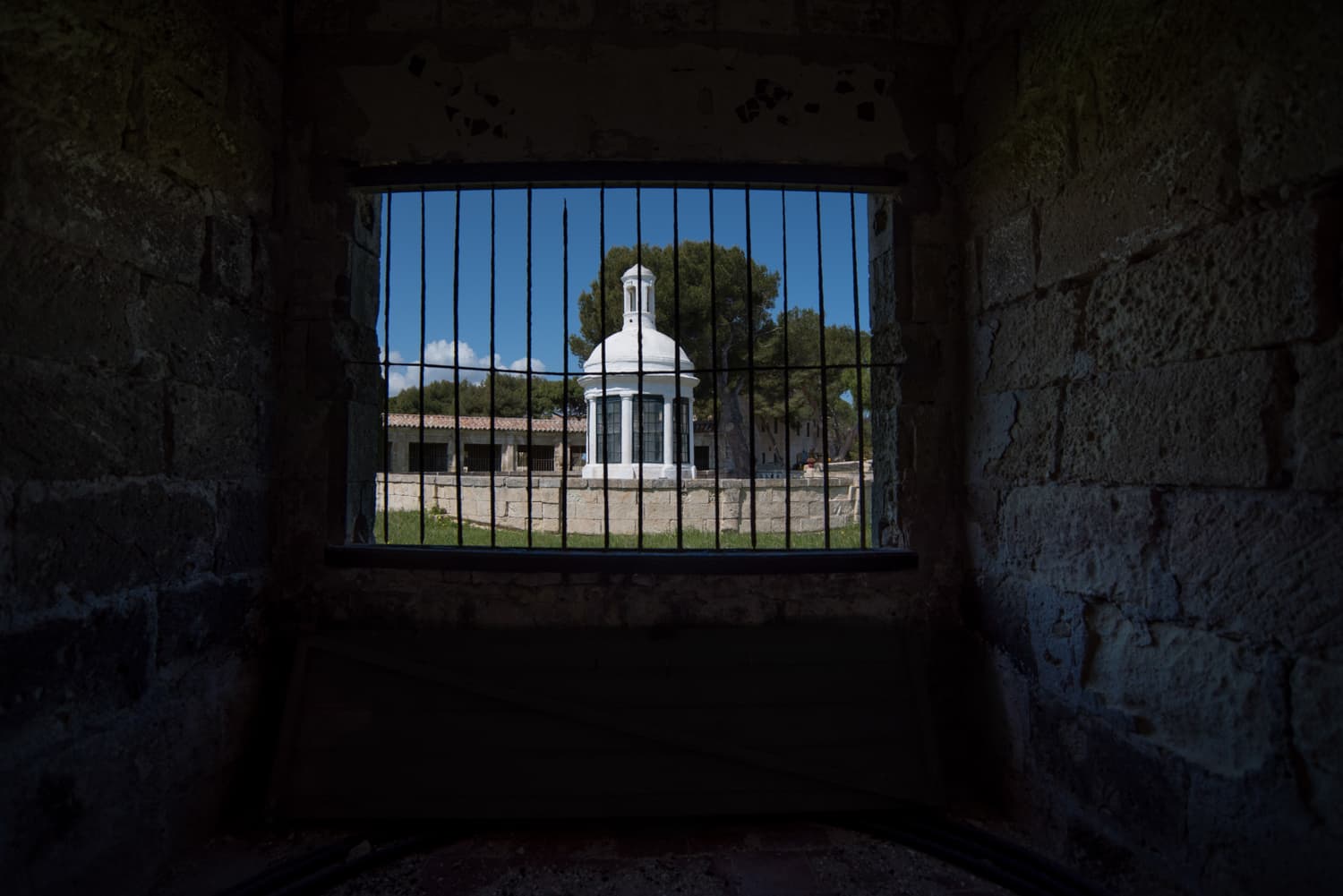 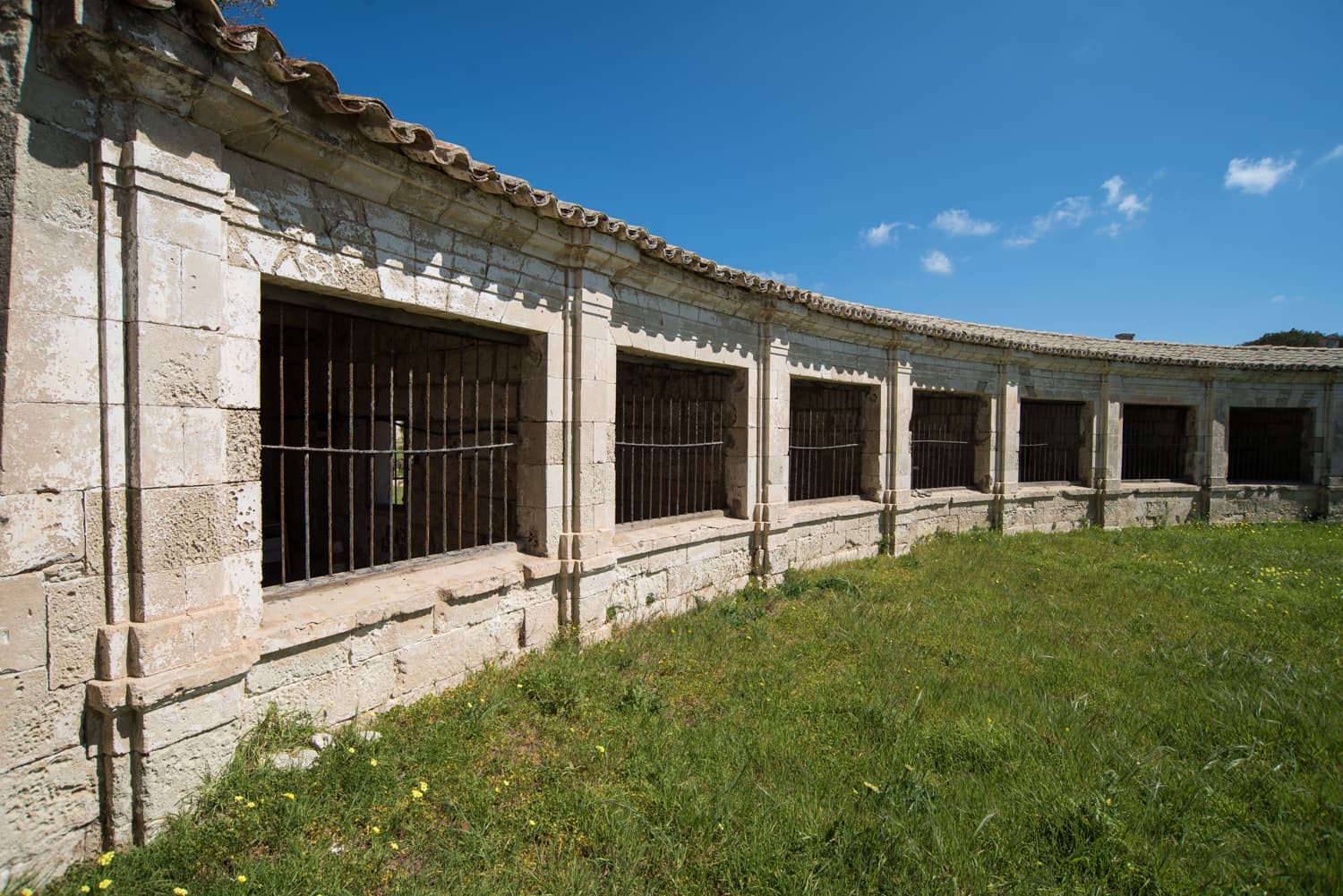 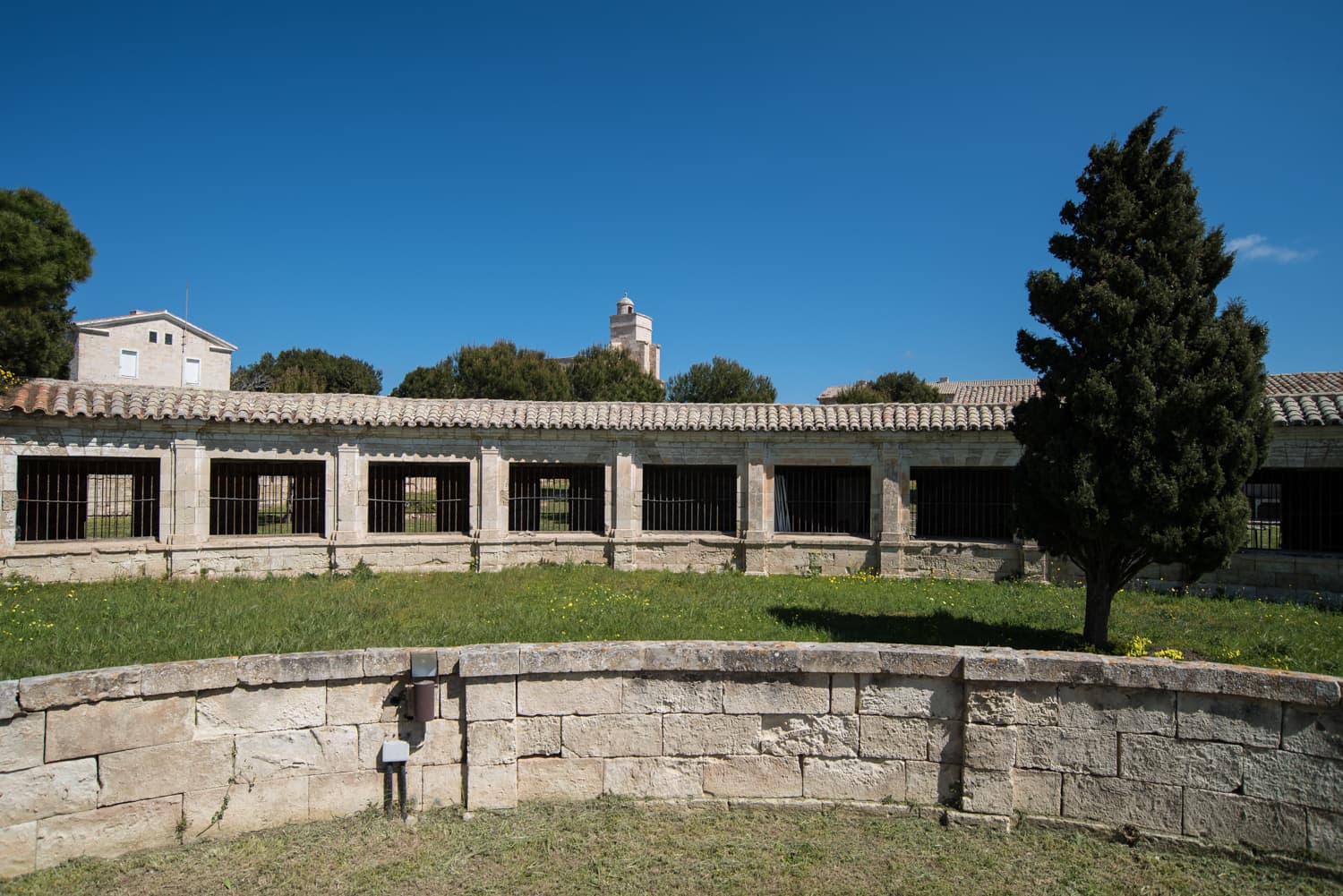 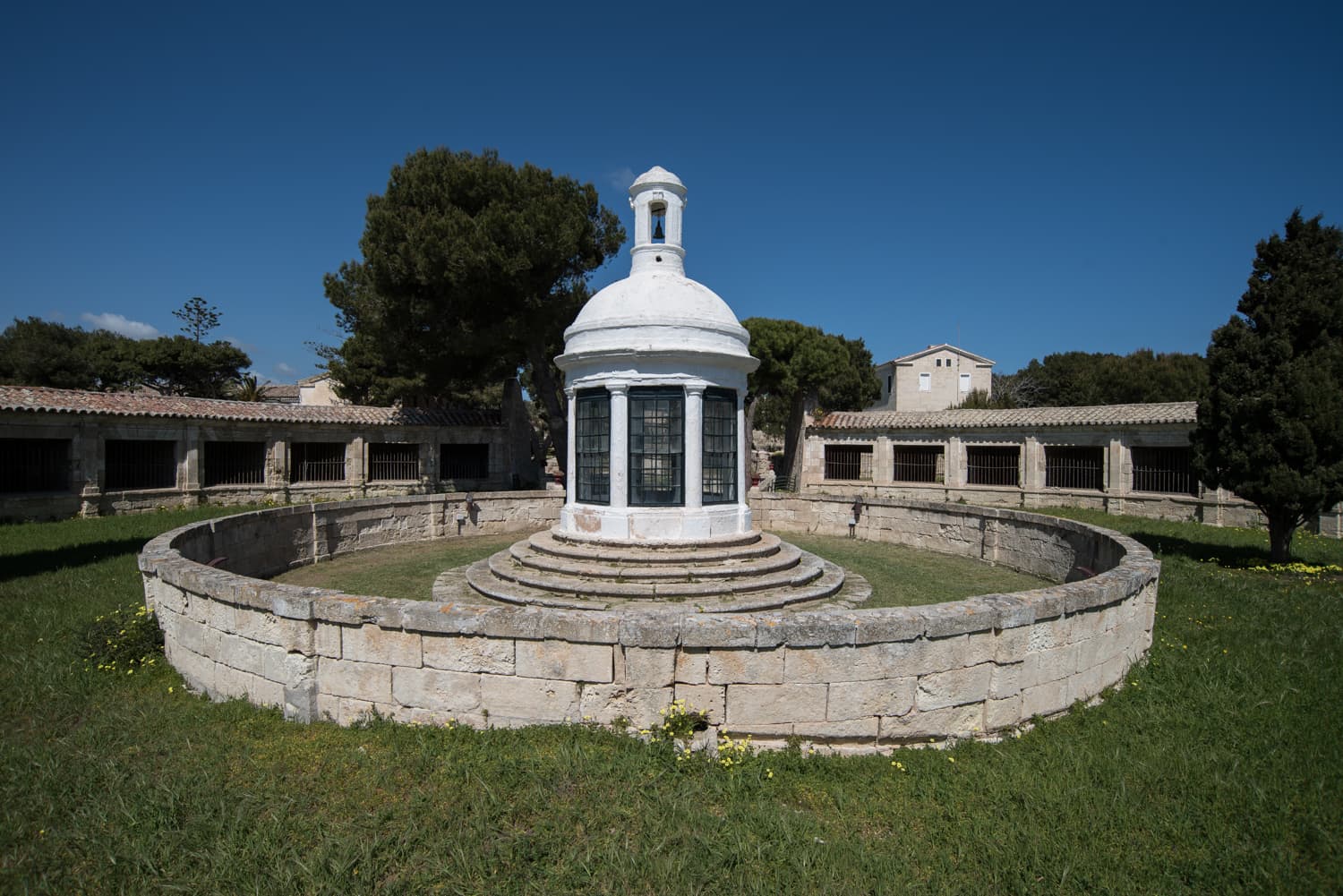 The chapel is a circular and glazed structure dedicated to Saint Sebastian, located on the north-south axis that crosses the quarantine station, separating the suspect bill of health division on the west from the touched bill of health division on the east. It was blessed by the Bishop of Menorca in the year 1807. This curious, almost circular building in the center was separated 17 meters from the oratories, where the quarantined could attend mass. The confined were taken from their corresponding bill of health division to an entrance at the rear of the oratory, thus avoiding contact with the chaplain. The exception was those in the infected bill of health, whose condition forced them into isolation and not permitting attendance to mass. Due to the fear of contagion, both doctors and chaplains took great care in avoiding unnecessary proximity to those quarantined, this interfered with their work. In the case of the chaplain, an attempt was made to solve the problem of not being able to give communion to the devotees with the creation of a gadget that dispensed wafers, of which there are no traces nowadays. A spoon with a very long handle was also used, which allowed for communion from a distance.