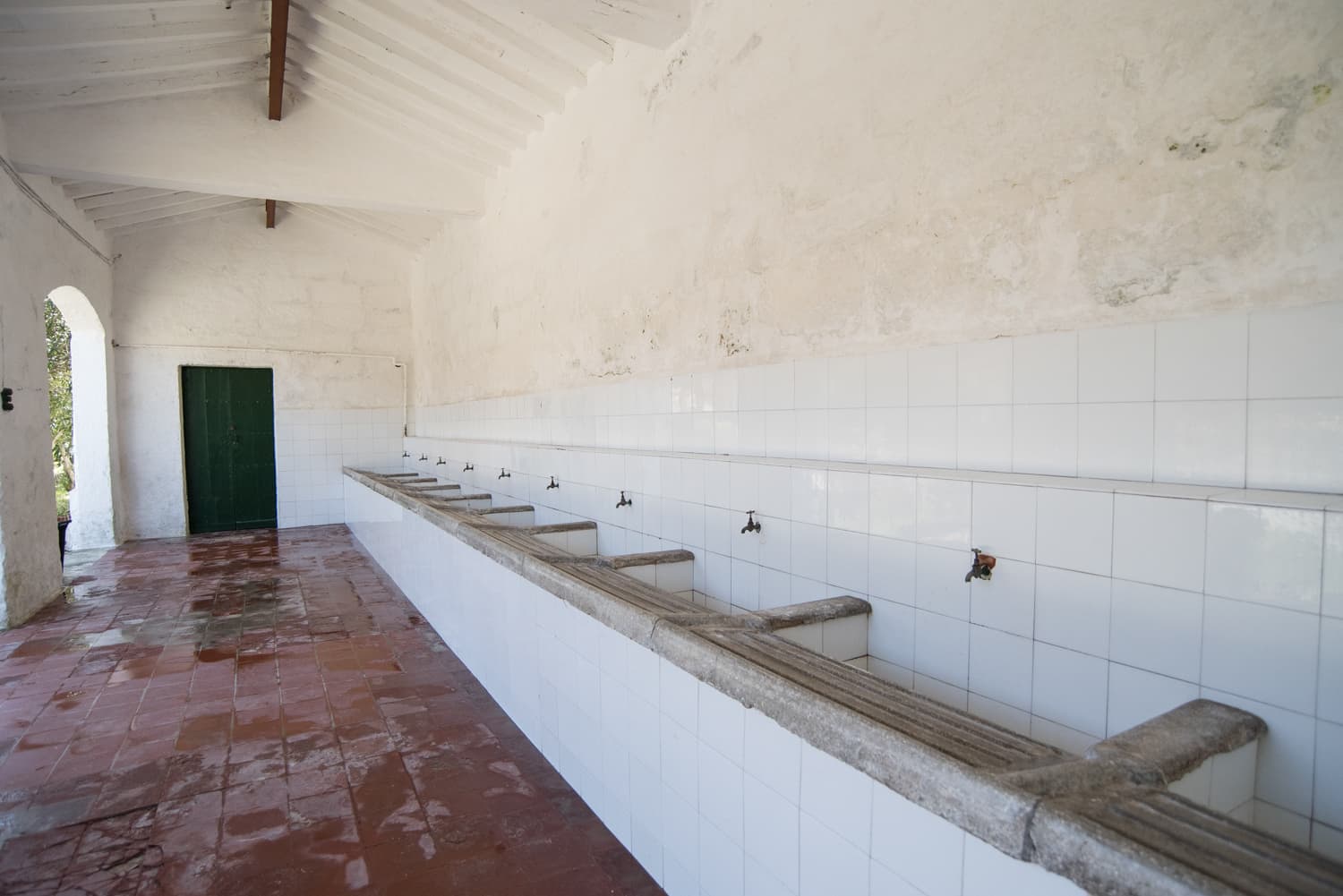 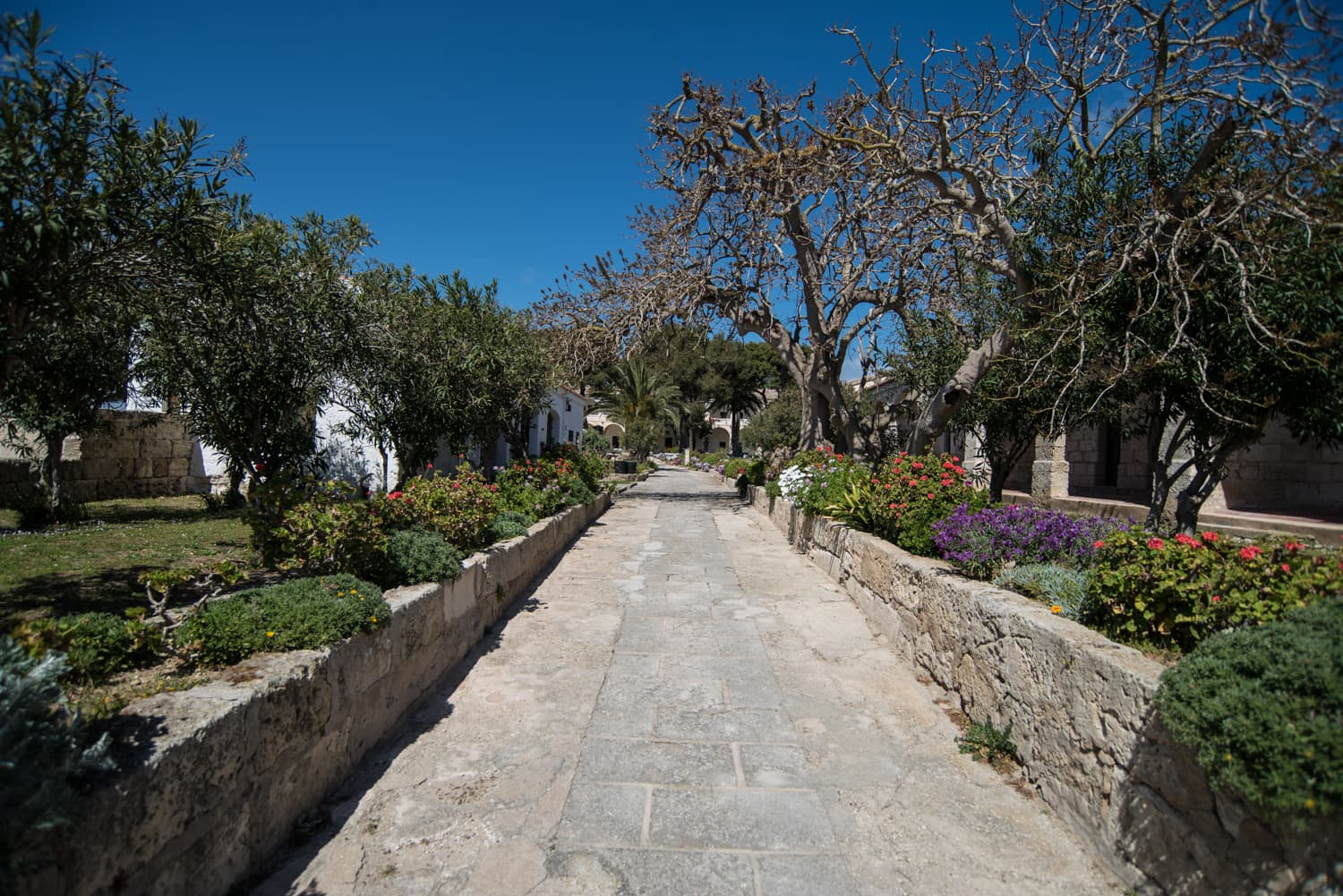 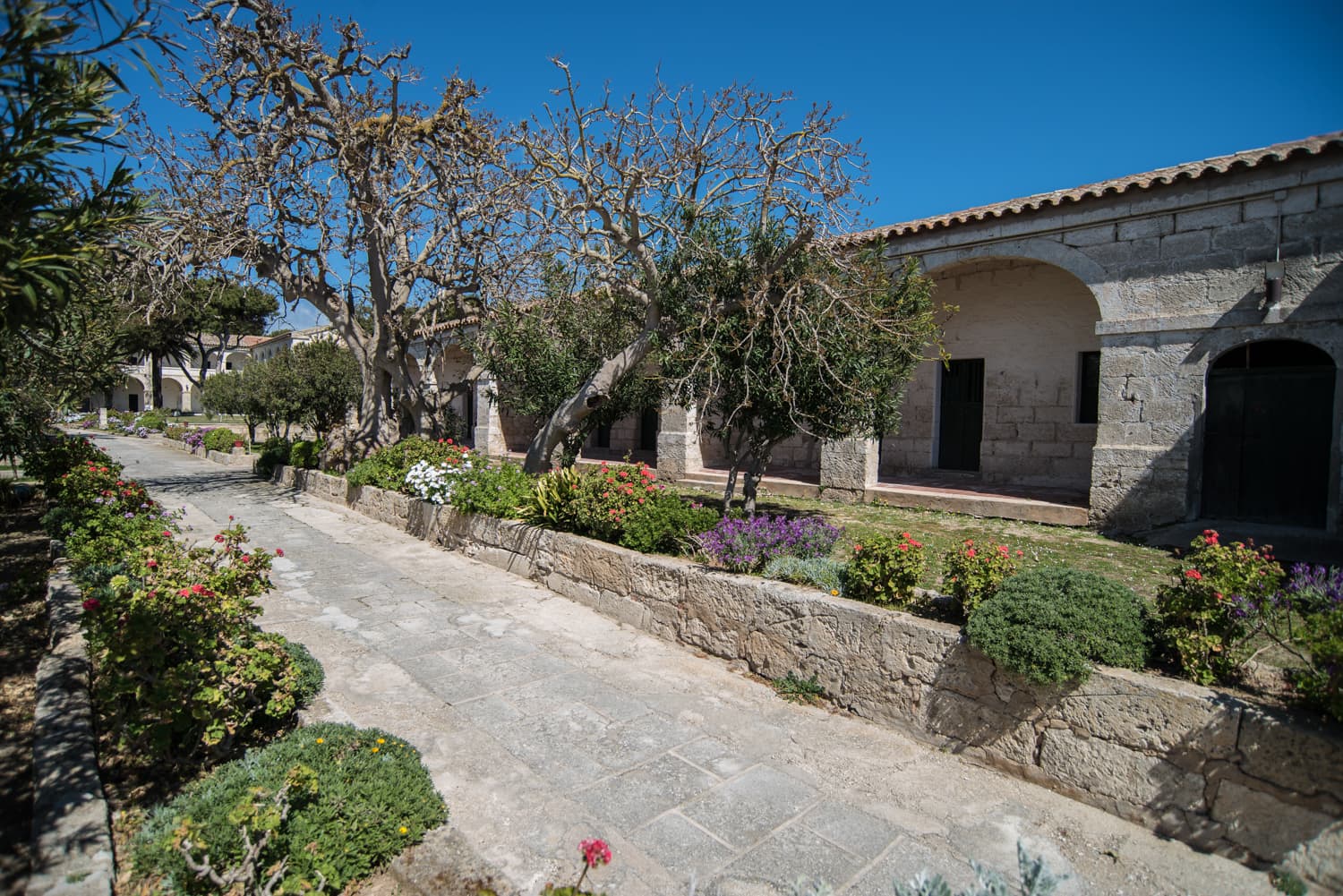 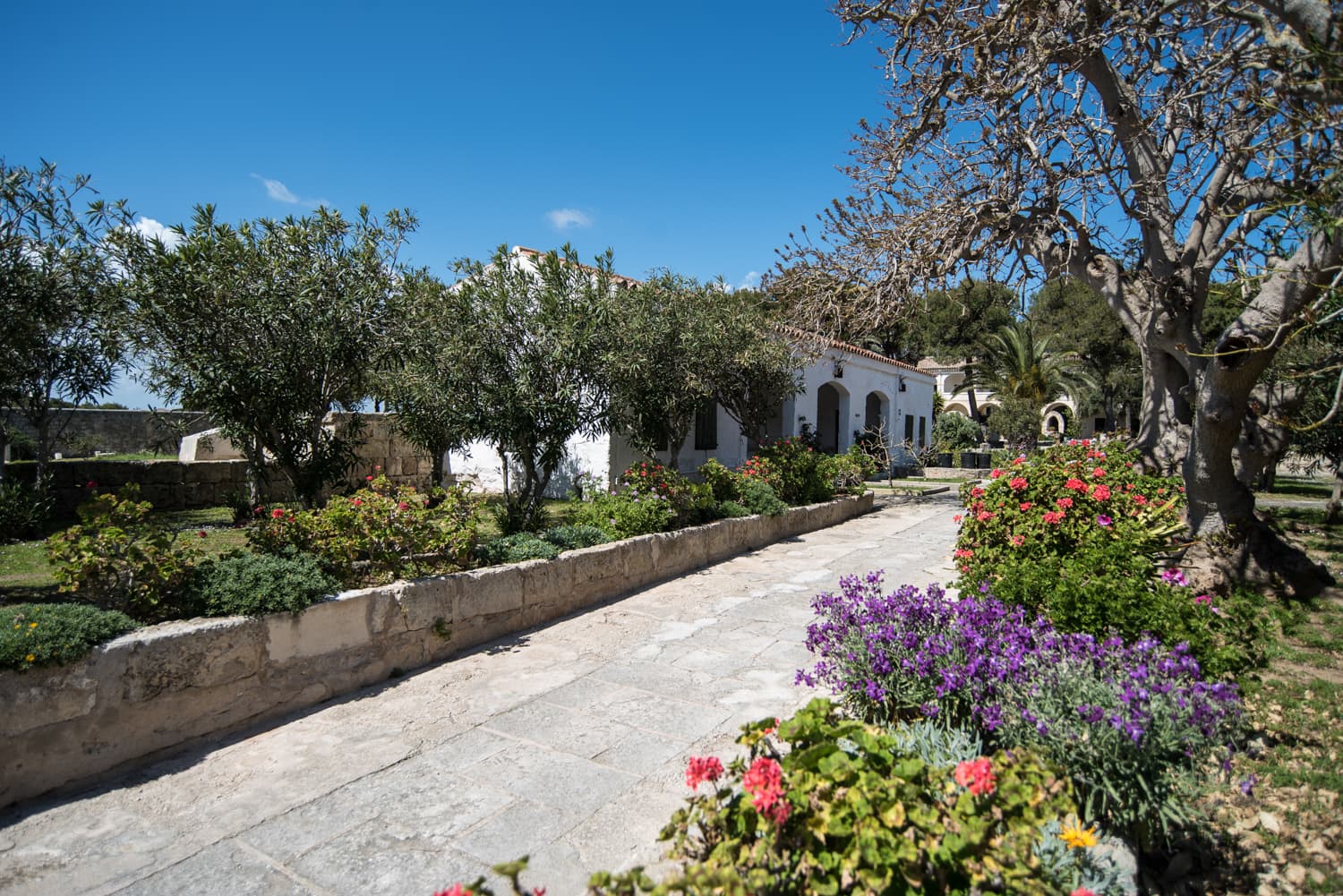 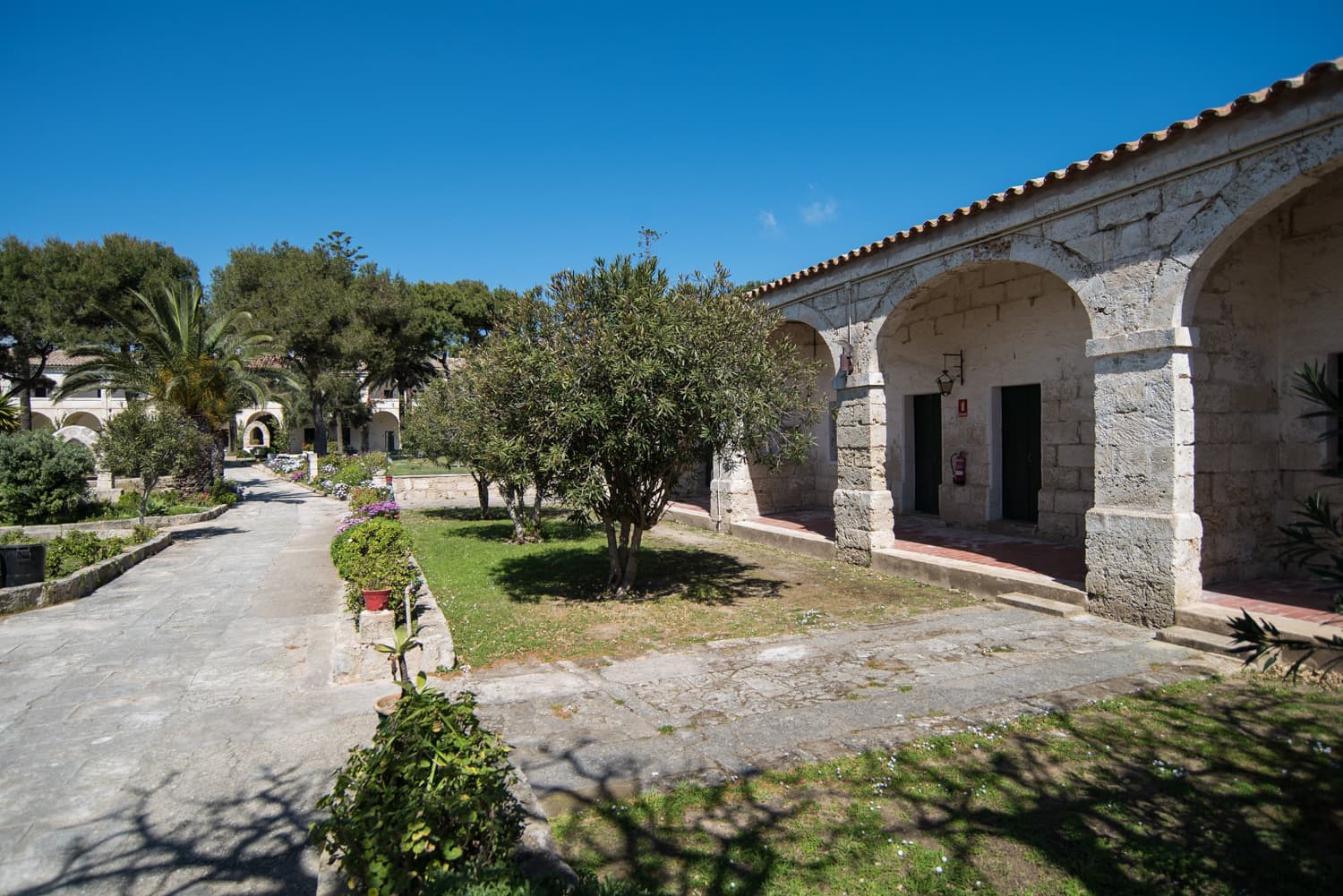 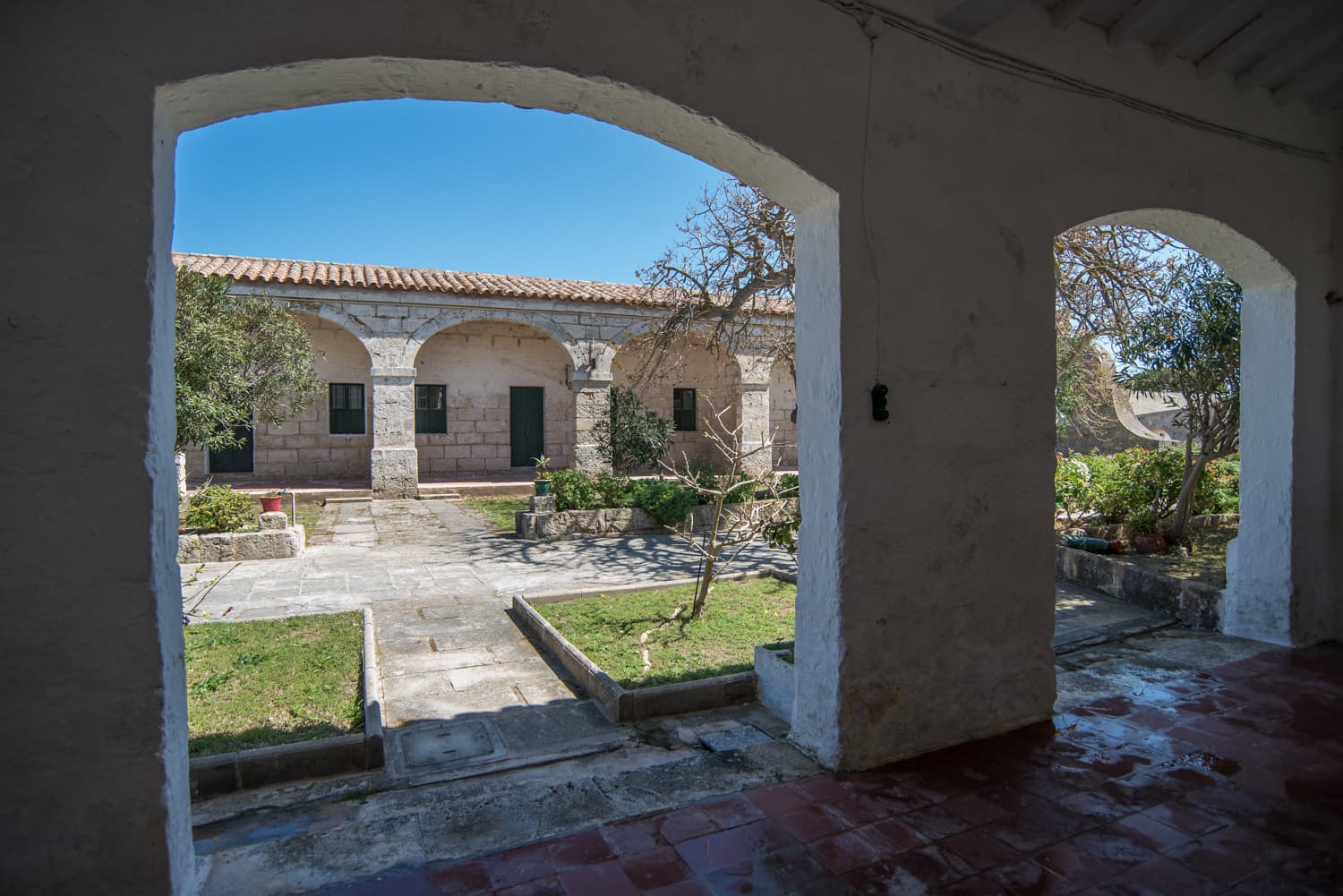 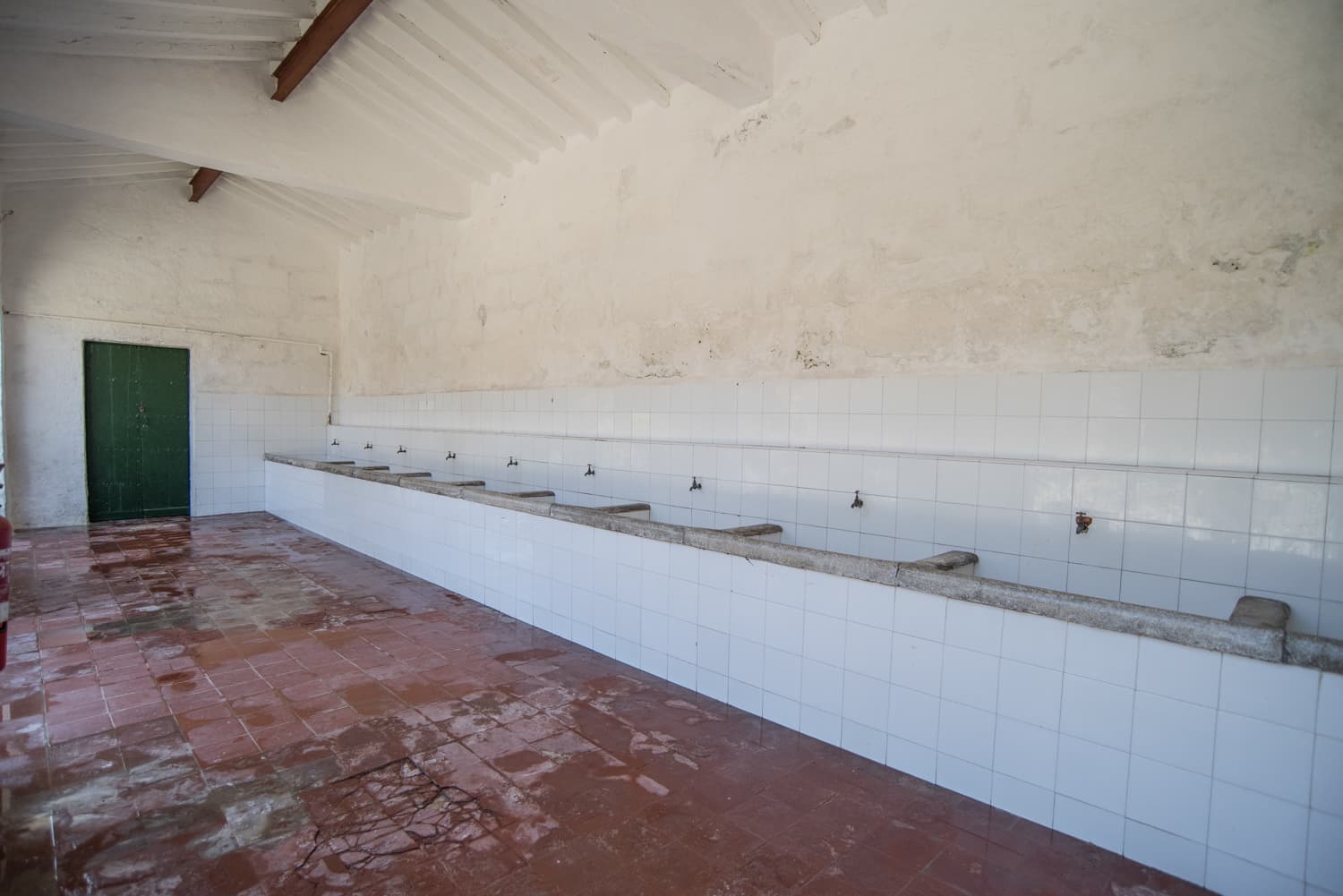 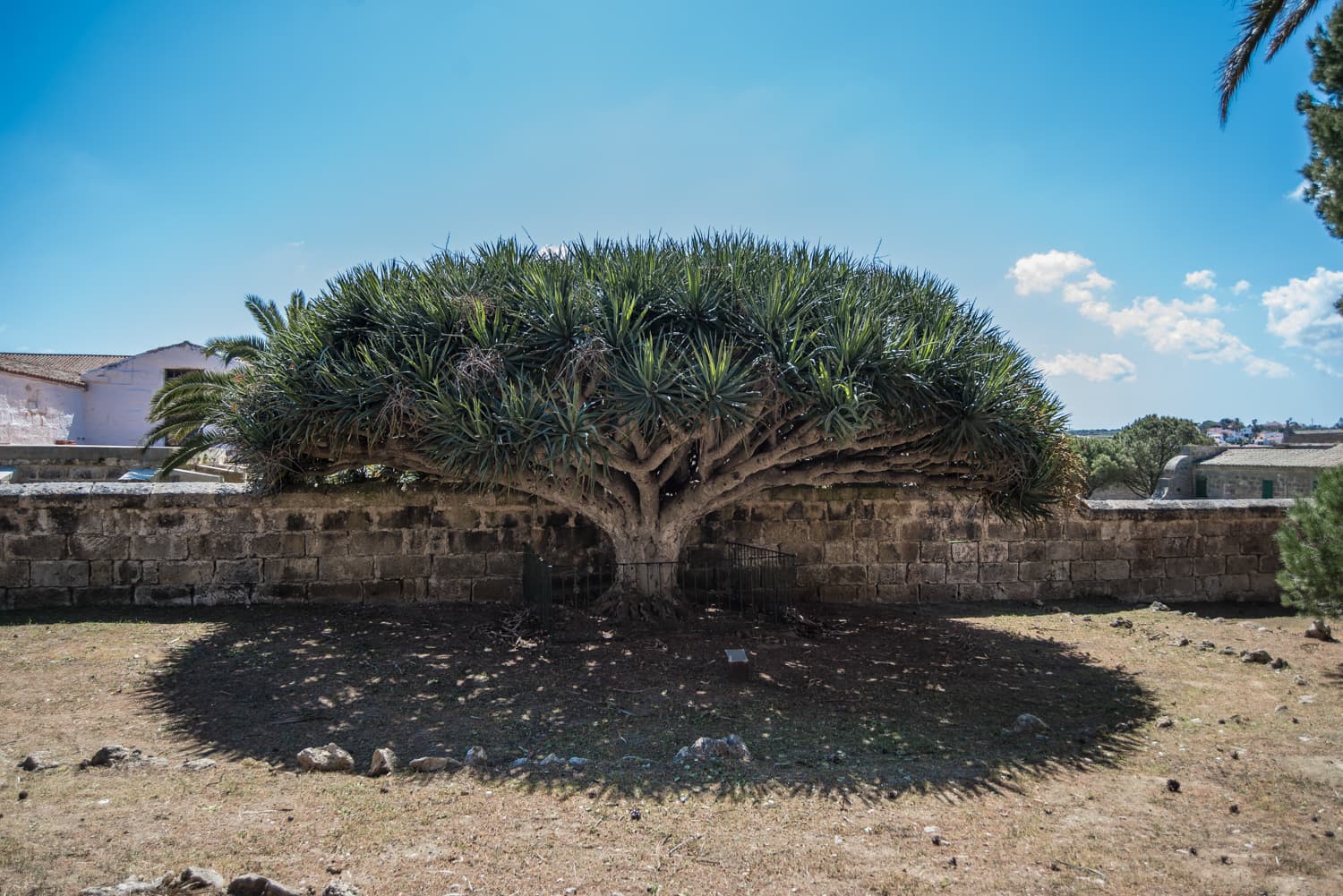 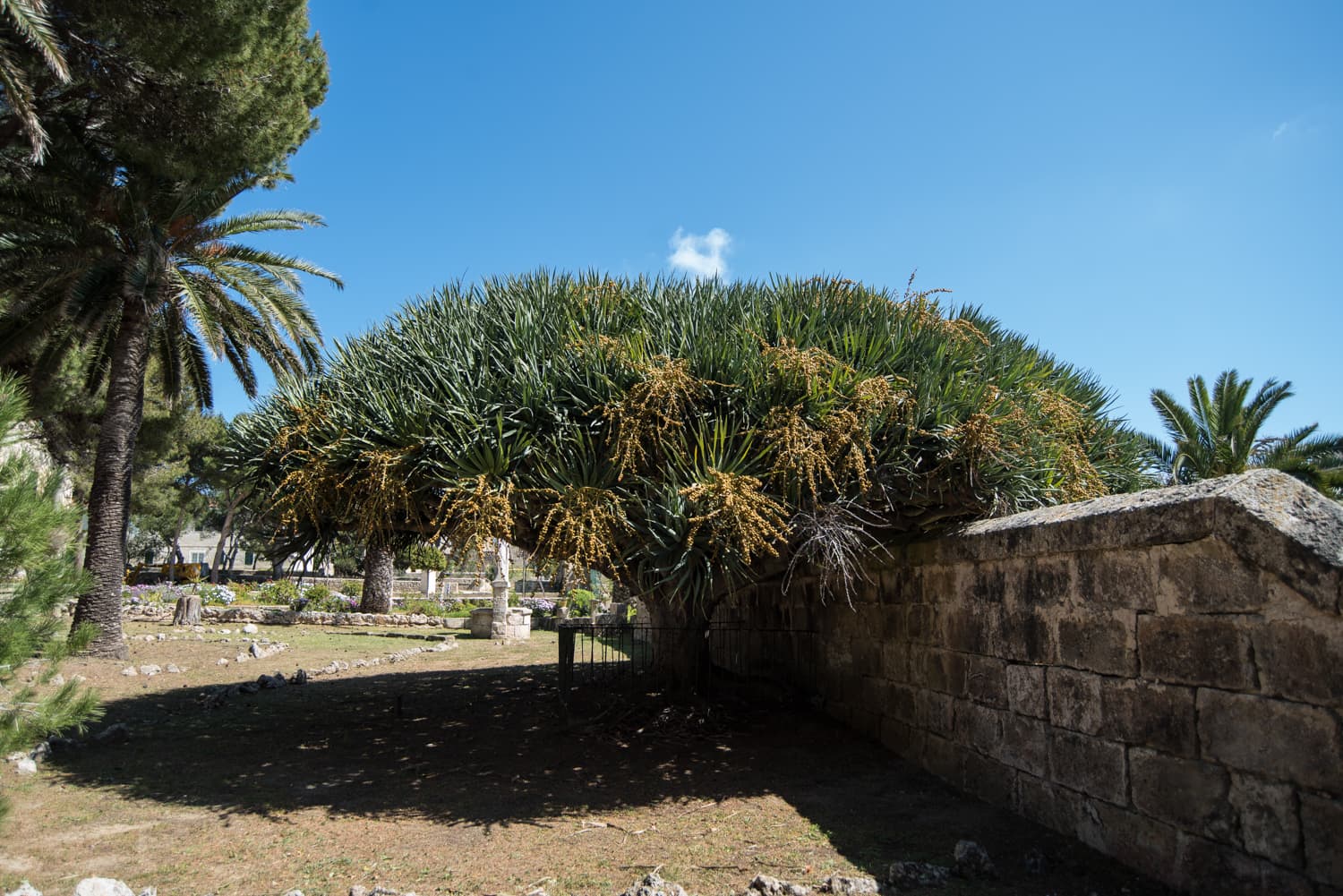 The central part of this division consisted of constructions for sanitary use, also a laundry, latrines and kitchen, plus a water wheel next to the garden with housing and storage for the farmer whom worked the land. The stone building, parallel to the corridor, is the old common infirmary. It attended persons for affections other than the disease for which they were in quarantine. The white building is still a laundry. Under it is one of the old wheels used for water distribution. Initially the quarantine station had 15 wells and cisterns distributed throughout the different zones, as well as two water wheels. Each bill of health division had its own vegetable garden, with the intention of supplying pulses and vegetables to the quarantined avoiding any contact. Next to the wall that encloses the vegetable garden is the Lazareto’s Drago, a listed and protected tree that dates from the second decade of the 20th century. Very famous in Menorca, it was planted during one of the most popular activities on this site after its closure as a quarantine station; each year school groups spent their summer camps here and one of the activities was to plant new varieties during Tree Festival. Most of the pines as the Drago tree, are here as a result of this activity.