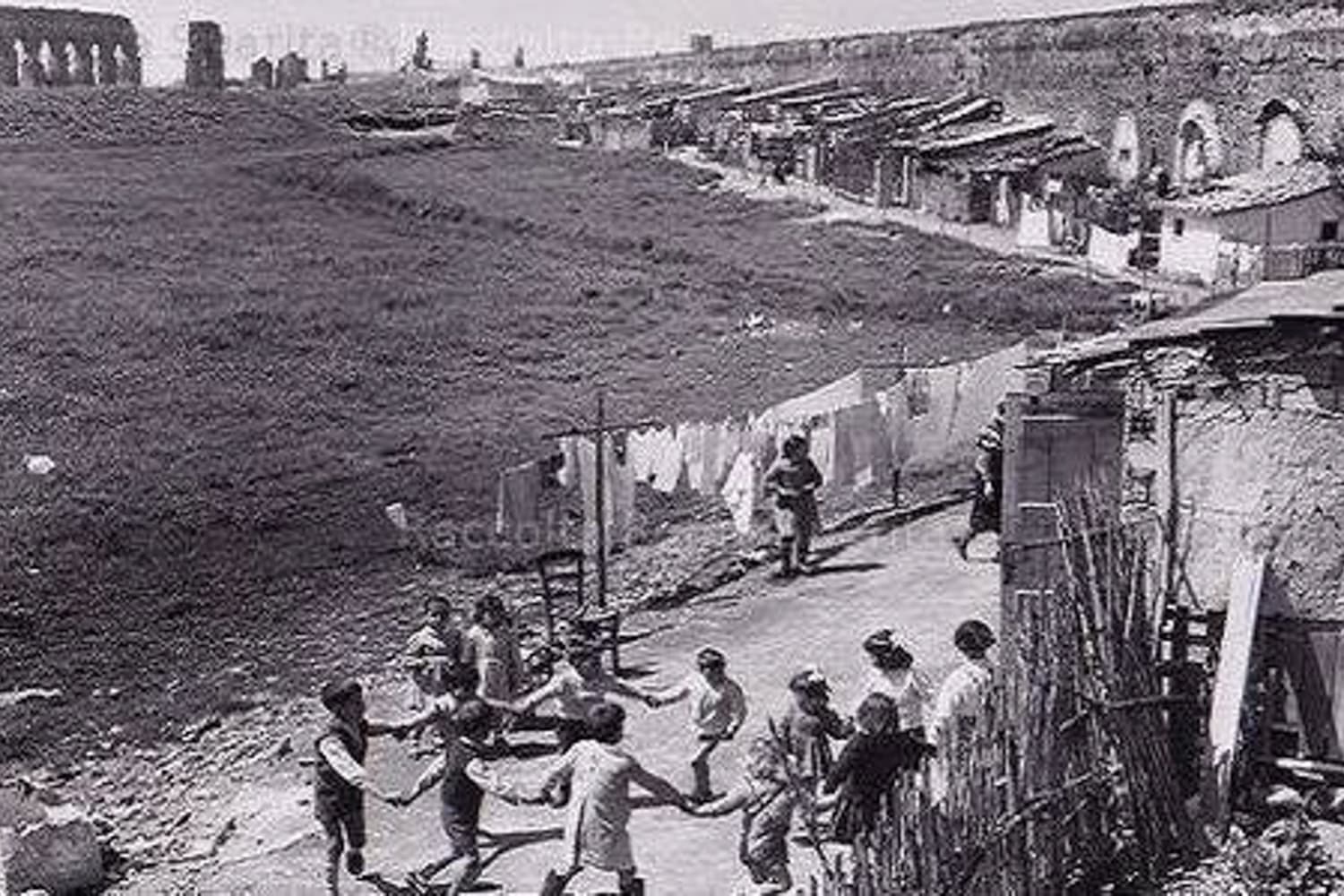 We lived in the shacks of the Acqua Felice, a hovel of misery where a humanity that the institutions and the citizens had left outside the city walls found its shelter. We were boys and girls: while some attended public school, others were already on the labour market and, dispossessed of their age and right to instruction, were experiencing exploitation. The city was absent. One day, however, a strange thing happened that marked a turning point in our lives: in one of the shacks, measuring 3 x 3 m, the “School 725” was born, the school of our redemption. At that time, we did not realize it, but the “cry” was so loud that the institutions were hit by it and were forced to develop a renewal process that marked the end of an era. In the year of the death of (Don) Roberto Sardelli, the Municipio VII recalls the commitment of “Don Milani di San Policarpo” and the activity of those involved in the “Scuola 725” who gave birth to a formidable territorial Educating Community, whose experience of socio-cultural emancipation gave rise to fundamental works, today kept in a dedicated fund of the “Raffaello” Municipal Library.

The Aqueducts of Aqua Marcia, Claudia and Felice

Porta Furba and the Fountain of Pope Clement XII

The Parco del Fiscale and its Aqueducts